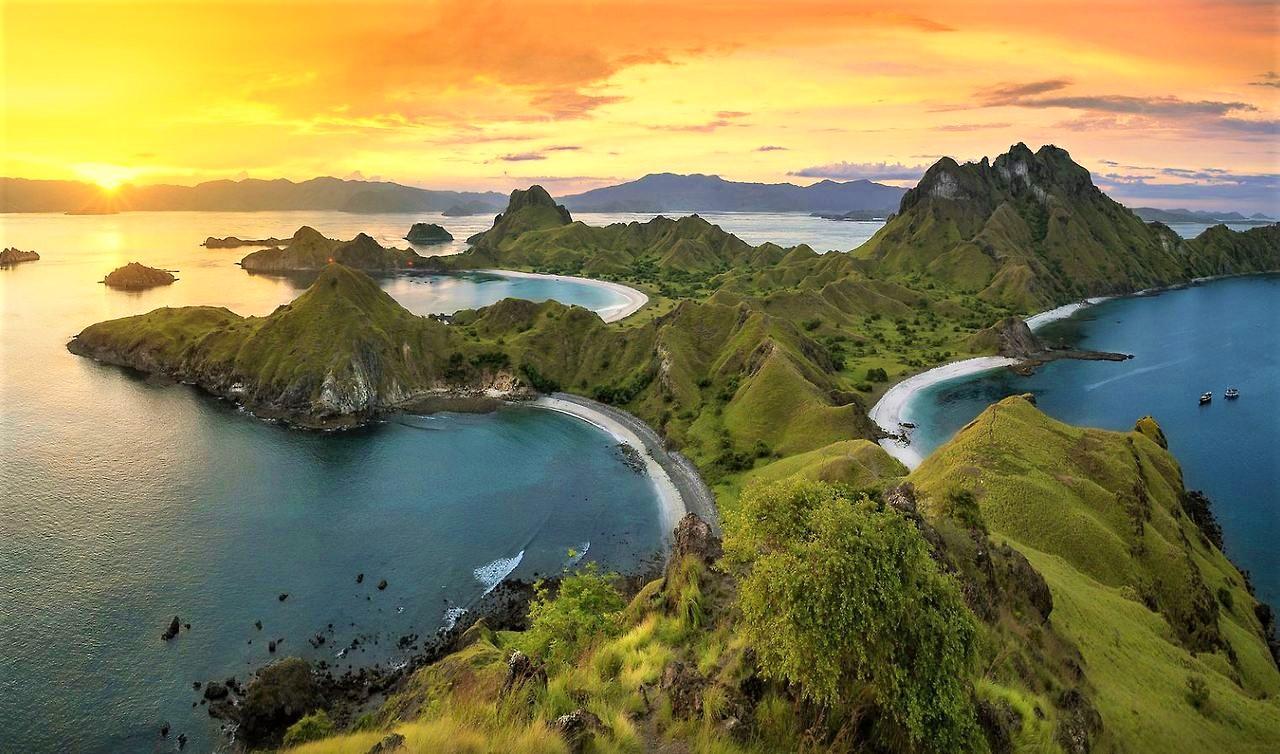 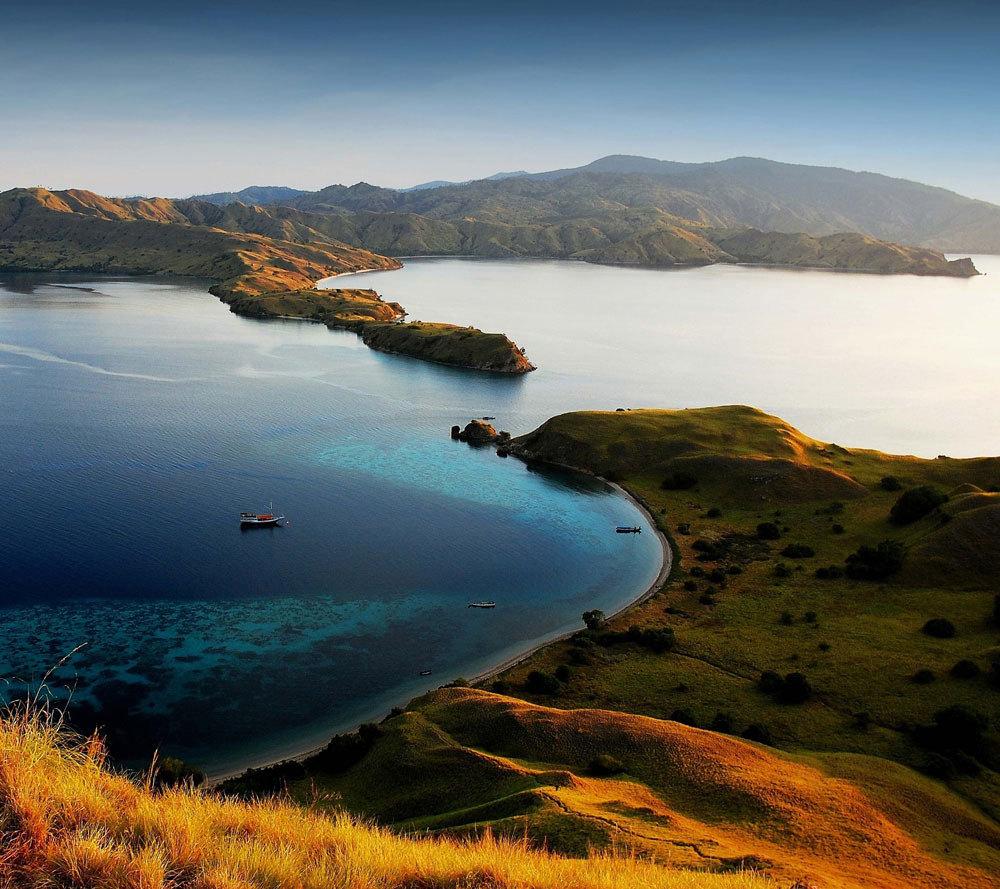 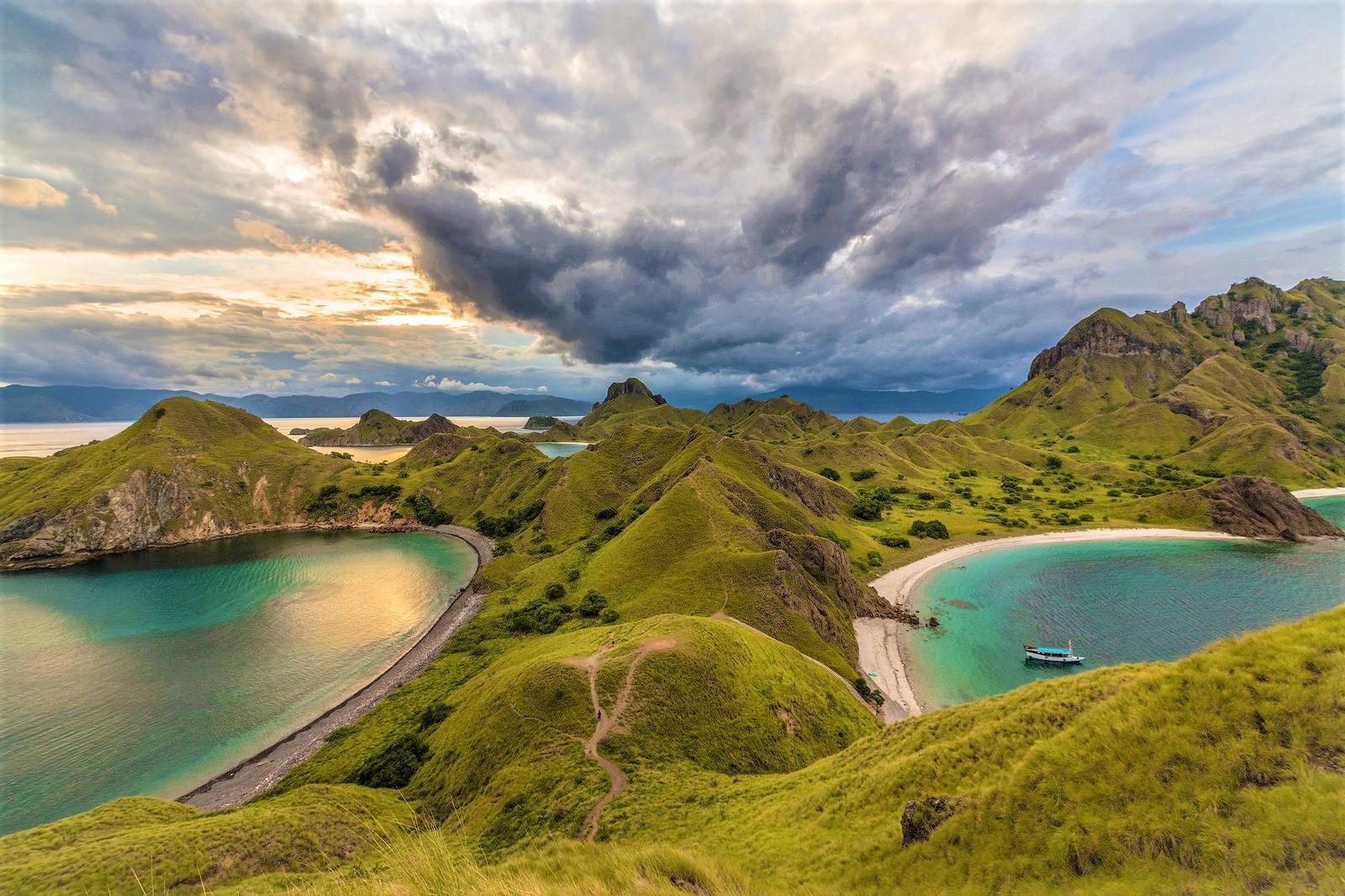 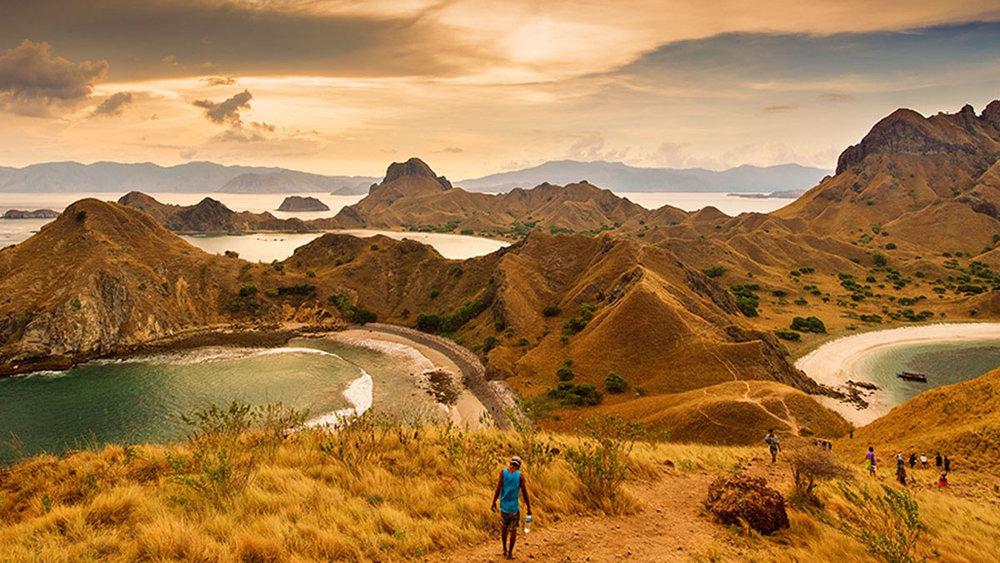 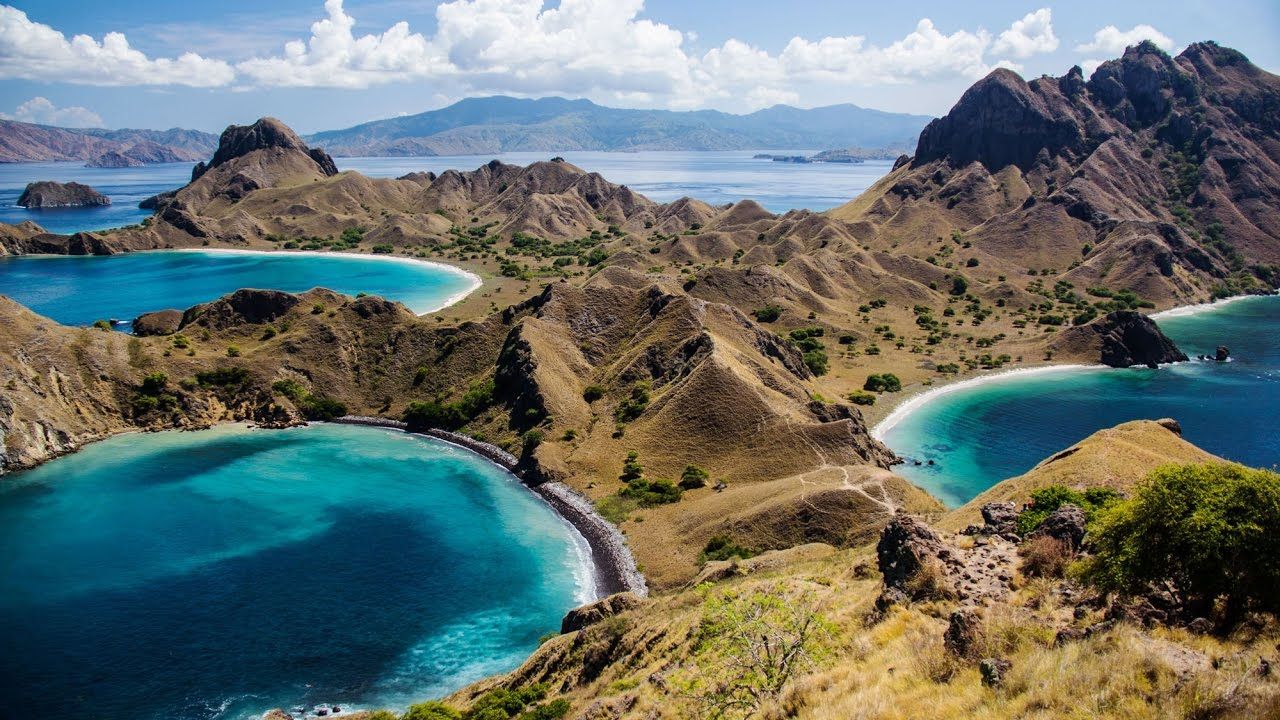 The Indonesian island of Padar is about 20 miles (30 km) from Labuan Bajo, a fishing town on the westernmost part of Flores. Padar is small, but is the third largest island of Komodo National Park, and was once a stomping ground for the immense dragons that gave the reserve its name. Padar is mostly savannah-covered, surreal landscape fringed by bright green-capped mountains of fairy-tale shapes. It’s all surrounded by three turquoise bays, and curiously, each one of the bays’ beaches has different coloured sand: One is pearly white, another charcoal black, and a third is a very rare baby pink. It is a rare combination, a quirk of this unique island. Padar is home to a remarkable array of wildlife, especially for its size. There are six species of shark, and two of manta rays, and many different reptiles. There once were three kinds of Komodo dragons here. (They are gone now, but still found on Komodo, Rinca, Gili Montang, Gili Dasami, and Flores.) There are dolphins, the occasional whale, falcons, kites, geckos, and green turtles. And then there are some plain old little mammals, to feed their neighbor predators. 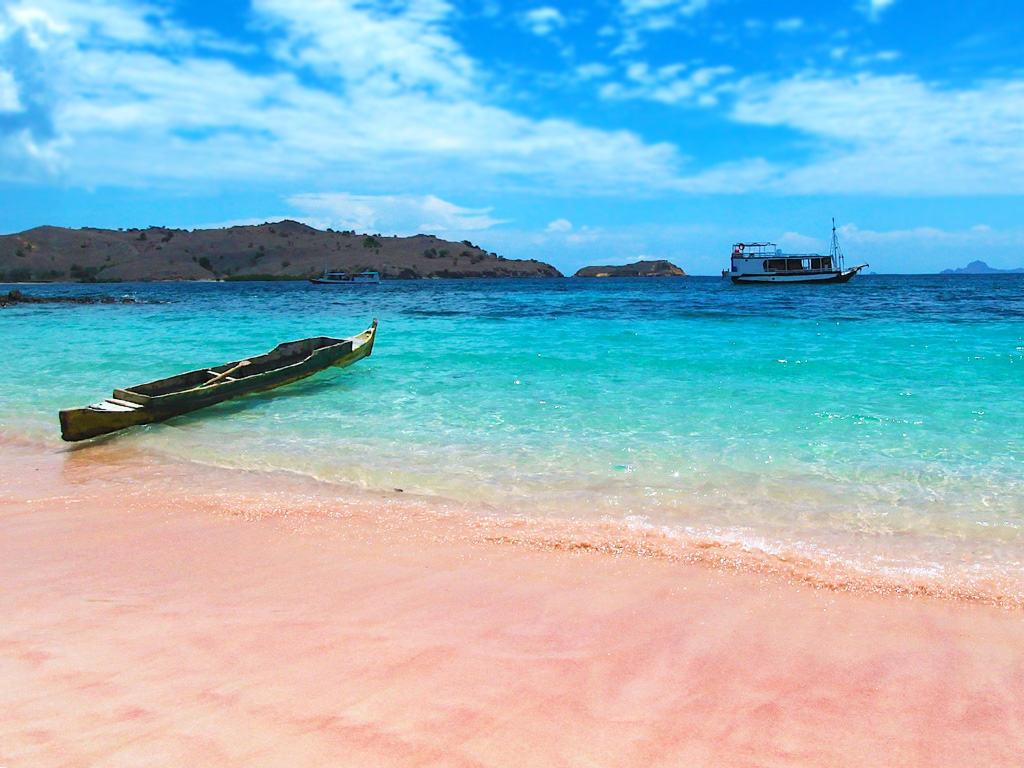 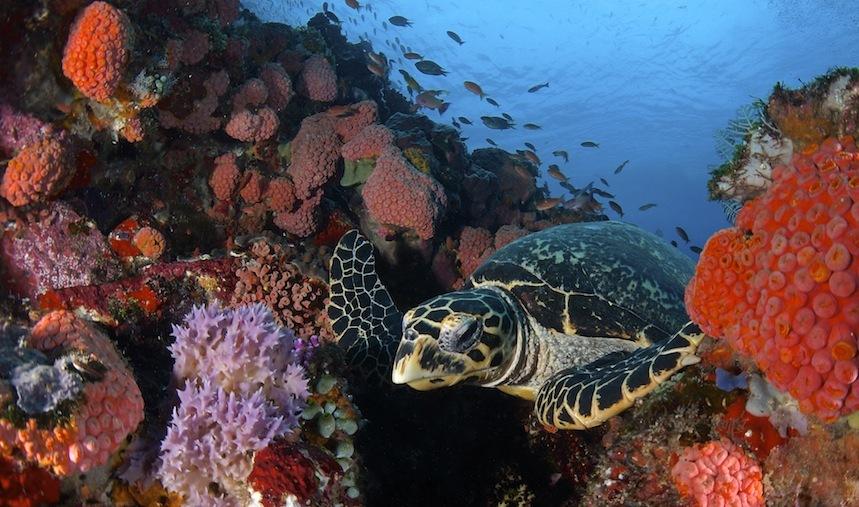 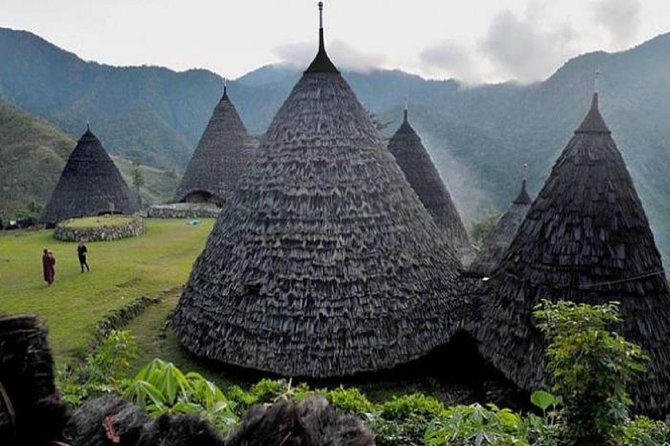